The Amazing Race with Zev and Justin Episode Two...

I was worried because there were times when I didn't see them and I was asking "Where's Zev and Justin?".

Zev didn't really seem "with it" last night (Oct. 4, 2009), he seemed distracted or not really interested in what was going on. Almost "out of it".

But that can always be the "cutting" of the scenes, so much gets condensed into one hour.

I wish we could see more of Zev but I can understand that the other contestants need their face time as well. The Amazing Race with Zev and Justin Episode Two (or any of the episodes for that matter) isn't just about Zev and Justin, but I definitely have an extra interest in how they do.

In the previews for next week, Phil talked about the teams would have to do. It looks like one of the things will be that one member of each team will have to don a tail and a mask.

I had to chuckle when Justin said something along the lines of "Everyone who knows Zev knows he would love to wear a tail and mask all the time!". =)

That's just like our son Cameron. Give him a light saber and he will go on for days wanting to fight using light sabers. He'd be in 7th heaven if he could have a mask and cape!

Here are some pictures of Cameron's walls. You can see that he is VERY interested in Star Wars and light sabers. =) 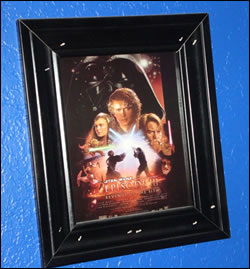 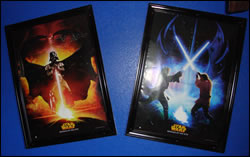 If Cameron could have a cape like Anakin does, he'd be the happiest camper I know! I remember that Halloween costumes always had capes, and were worn every single day until they wore out. =)

Once again, The Amazing Race with Zev and Justin is one season that I am really looking forward to watching.

No matter what life hands you, you CAN prevail. And you can spend more time with your kids! Click here to learn more. By Diane Dennis © 2005-2014

Wonderful Autism Apps / Applications ... and ... some of my favorite books and other goodies

As he heads into adulthood (he turned 18 on Dec 13 and yes I need to update some things at my website such as my home page that says he's 17) I'm finding that I have even less time on my hands as I spend more time trying to master the puzzle of how to help him transition into "life after high school".

comes in. It's a guide to help your kids after high school. You'll find parts of the book will be applicable and some won't depending on your child's current age. Although the title implies "Autism after high school" there is still quite a bit in there about what to do before your child hits "real life". But overall a helpful book.

Please contact me if you'd like to send a copy of your book to me for review. I would absolutely love it!

Fiction, Non-fiction, Auto-Biographies, Instructional books, etc. I'm interested in them all. :) And if you autograph it that would be SUPER cool! ;)