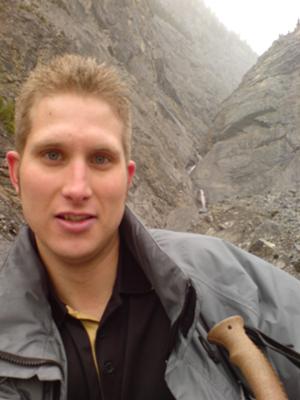 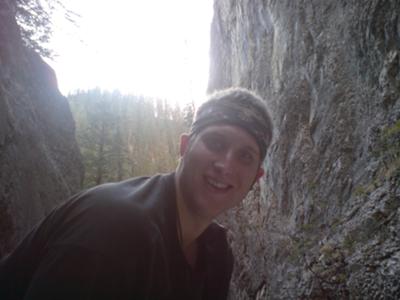 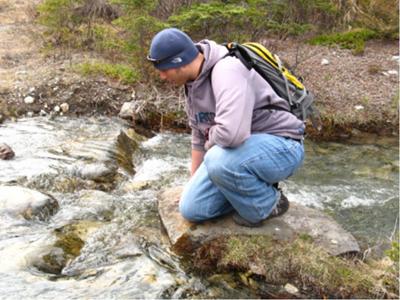 This is part one of my experiences covering my childhood to end of middleschool/junior high.

Problems started in kindergarten and never stopped. Because of concern in kindergarten I was finally assessed in Gr. 1. Ever since grade school the saga of abnormality continued. I was kind and gentle and at a moment's notice, emotional, crying and mad. This followed me at school and at home.

I have also been told that I banged my head and was a picky eater (only ate porridge at one time). I also would shout out "Penner" several times and cry when I wouldn't be able to watch the TV show. I don't know why it was so important to me but I did like music. I also liked the TV show "Mr. Dressup". I always did things alone or as one assessment mentioned "solitary activities", such as collecting rocks, metal detecting or uban exploration of abandoned towns or houses.

In the 1980's ADHD and LD were hugely on top of the list of disorders experienced by students, almost like they were fads. As we know now, we are out of those dark ages of neurobiology and neuropsychology, and both are considered legitimate neurological issues.

At any rate I was diagnosed ADHD with associated learning difficulties(possibly of organic origins), soft neurological signs (of clinical insignificance), and average, 95 FSIQ. So all my life I have unconsciously thought I am an individual of "average" makeup and insignificant (current testing concludes the same way). Add to that childhood abuse, and I've always had continual thoughts of a person deserving of punishment or shame.

At the age of 5 I was that individual I described at the beginning and this is simplistic to say the least. I was much more in terms of behaviour and much more multi-dimensional in personality. Most others were an x, y and possibly a z in their trajectories of life and school, while my dimensions were some other letters altogether. I was in different dimensions and/or a different world. You could call it 5D: personality took up the first three dimensions called '3D' and behaviour, brain makeup, genetics were the 4th dimension; while
the 5th dimension was the interaction of all of them and my expression.

The saga of problems continued through Grades 1-5, where in Alberta, Canada the school employed coding to which I fell short of, never receiving the funding (at that time called "SNUG - Special Needs Unit Grant"). My parents fought an intensely, amazing battle but in the end they finally lost to the school system.

My teachers thought I could do better and only was being a lazy boy. Certain terms were done better in the context of performance but I would always return to the problems. I would have a lot of atypical experiences through grade school, including "in-all-out" meltdown due to teasing. Fortunately the school science teacher at the time came to rescue me with his black overcoat, after I had ripped off my shirt.

In other such instances I would throw away my peanut butter and jelly sandwiches in first grade; nobody knows why. I also remember being dared to pee on one of those big steel green transformers. Knowing electrcity in Gr. 4, this would be preposterous with the insulating and grounding that I knew they integrated into the construction of the transformer. I also had another incident where I got into trouble for peeing in a stand of trees behind my gradeschool playground. I mentioned that my dad did it which caused the school to think my dad was a little off the wall. Only after explanation of the details that we were on a camping outing in the backwoods with only males, didn't don on me.

I would be considered a long drawn out case, one that wouldn't be resolved. This was the first school in the district to start special needs programming and mainstream behavioural individuals. I moved on to other grades with other behaviours, something the grade school wanted to avoid and ended up being dumped out the bottom of the system. My case became a big question mark and a
big unknown. They just didn't have the knowledge nor the expertise. My parents moved me to another school for Gr. 6 that had computers. That sealed the door to my world.

I had always been a person to stay mostly at home with the occasional friend. But for most of middle school (Gr 6-8) I would be the one picked on. In Grades 6 I started closing out my parents and professionals, and in Gr 7-8 the behaviour continued. All school and professionals had failed in their objective of learning who I was and how to intervene.

My strength and tallness won over - albeit with violence - the school passive bully. That time in Gr. 7 was the last time I would ever throw a person across a room. After being sent into the principles office, I never heard from him again. I knew my strength and I also vowed never to use it again (unless in danger of being killed). That was my first breakthrough and SUCCESS #1.

In the continuing stoy in part II I will discuss highschool and beyond.

Join in and write your own page! It's easy to do. How? Simply click here to return to Aspergers Syndrome success stories.